With the USM cancelled this year, the Stockholm rivals gathered on Sun 20th Sept at TRC for a Tri-Tournament between Exiles, RCLF and Erikslund where each club participated with 2 teams.

An early start, with the tour fundraising crew serving coffee from 8am, we had Exiles 1 kicking off vs Erikslund Vikings. The big derby match would not fail to keep all entertained, with big hits and scintillating tries to go into half time level at 3 tries a piece. In the 2nd half, the Vikings stuck to the well drilled O'Gallagher tactics forcing Exiles back with good line speed. Some nifty footwork and wheels on the outside allowed us to celebrate a 6-3 victory!

Second up was RCLF 2 vs the Erikslund Dragoons, fielding two fiery U9s! The lads played with passion, amassing plenty of rucks to come back with a try in the last play, for a serious comeback to level on a 5-5 draw! Grand job!

The Vikings 2nd game up against RCLF 1 was a game of class. Everything executed brilliantly, the cohesion of the group and enabling some of the Dragoons to have a run too. We finished up with a convincing 7-0 cheer against a team who in past have been the thorn in our side!

After a short break to top up on burgers and award winning pies, the tournament took a twist, with the 2nd Round fielding mixed club teams. The kids embraced their new teams with pride, and set about planning their strategies without the annoying words of advice from the coaches.

A magnificent display of rugby from all teams, where in Pool A the Cougars took home gold after some dominating play and the Cobras finished strongly in the last game of the day to snap up the award in Pool B.

The camaraderie and sportsmanship of the players was fabulous to watch, and how there were no barriers between clubs! We look forward to many of these kids running out together for their national caps!

The day was brought to a close, with RCLF presenting the inaugural 'Le Tupp Trophy' to the EKF Vikings as the Stockholm U12 Champs and a medal awarded to each participant. Thanks to Mats & Anna for their kind gesture!

A tremendous day enjoyed by all on and off the field. Special thanks to the parents leading the fika stand for the valuable contribution to next year's SA tour! 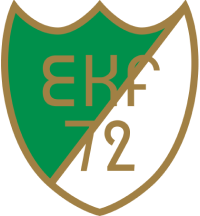